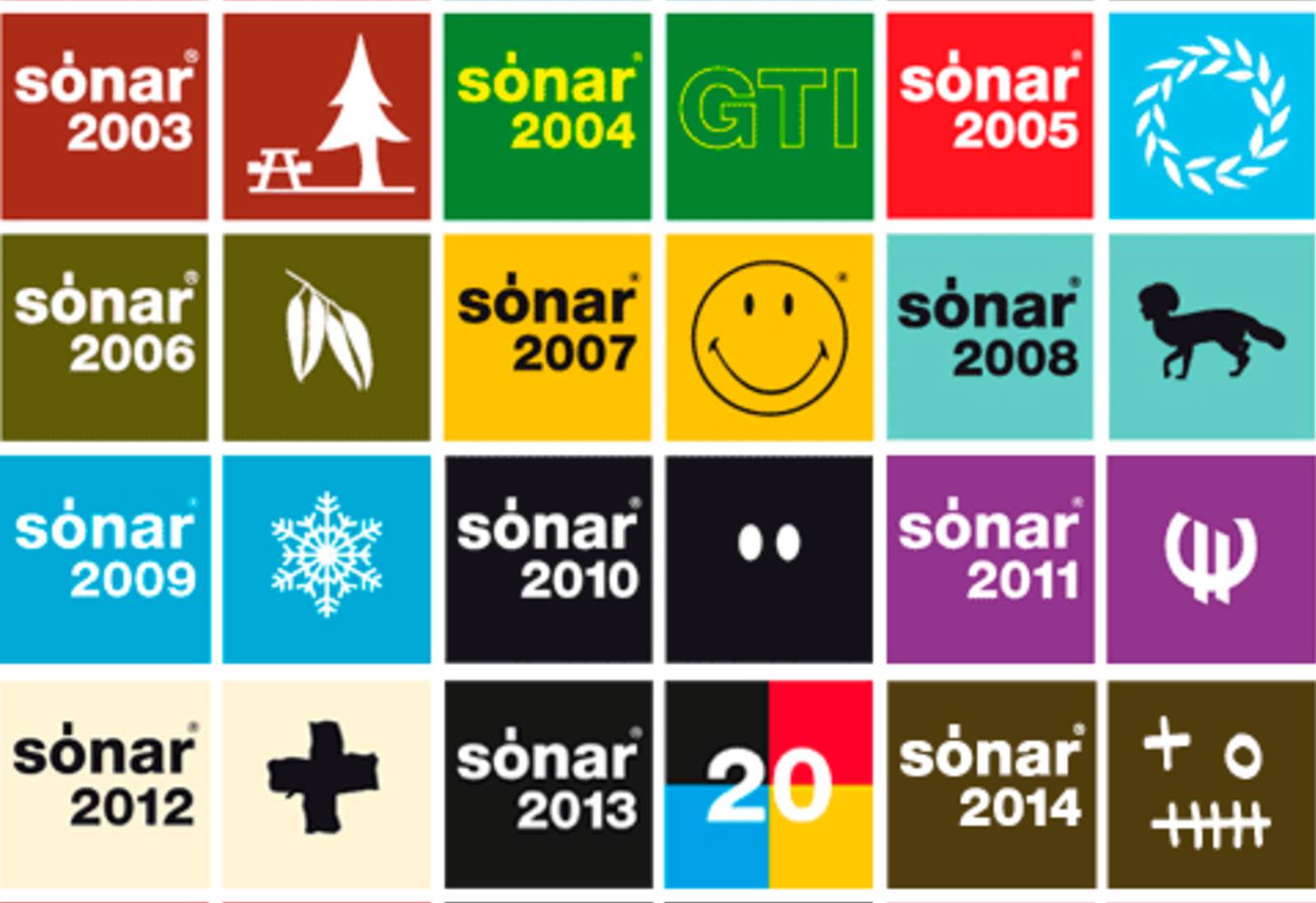 For many mud-hardened Brits, especially grizzled music industry types, Summer just ain’t Summer with no Glastonbury.  Without the endless pre-and post-announcement musings on headliners’ worthiness, 10-day forecasts becoming headline news, and hyper-local Somerset traffic reports going global, there’s something noticeably.. absent.  But, whilst I’ve definitely grown to love Glastonbury, it’s always been Barcelona, come June, that marks the fact we made it around the sun again, and I’m one year less young.

Every summer, for three days, a sprawling astroturf and several cavernous, air-conditioned hangars become the centre of the universe for thousands of electronic music nerds and tech geeks.  Since first visiting in 2005, and returning for pretty much every year since, no festival feels more like coming home, than landing in balmy Barcelona mid-June.

I vaguely recall my first trip; negotiating the Gothic Quarter’s backstreets (pre-3g), trying to zero-in on Sonar-by-Day by listening out for distant bass, and following (clearly better informed) delegates sporting Sonar-branded bags.  At Barcelona’s Museum of Contemporary Art (MACBA), where the daytime programme was based until it outgrew the space in 2013, a three-stage site was seemingly carved out of courtyard spaces between buildings, just a short walk from the city’s most famous boulevard, Las Ramblas.

Not just a feat in canny site design, juxtaposing the temporary with the permanent, and connecting the nascent with the established, it also put the festival at the historic heart of one Europe’s cultural capitals.  There, was the offer of a fearlessly curated line-up and congregation of some of Europe’s most future-facing technology minds, against the backdrop of Barcelona. What other festival could grant such easy access to transcendental electronica, surrealist architecture AND tapas, all within a few minutes from the beach?  (Well, the sea, at least).

Oily anchovies and melt-in-the-mouth jamon aside, it’s (mostly) the music that brings the hordes to Sonar.  Whether wheeling out the techno big guns for what is usually one of the most eagerly anticipated gigs in their summer diaries, or beguiling Europe’s most open-minded ears with something refreshingly obscure, Sonar’s line-up rarely disappoints.  If you’re willing to delve beyond the names you already know, and faithfully leap into the unfamiliar (/bizarre), the rewards are there for the taking.

The brand partnerships, meanwhile, always seem more considered and integrated than can often be the case.  Rather than a battle of the brands, competing for punters’ attention and maximising festival profits, Sonar always seems to have taken the less-is-moreapproach; opting to work with a select few partners, often on a longer term basis, who each have a clear role within the event, and add value to fans’ experience.  Adidas, at least as far back as 2004, have provided the (aforementioned) official Sonar bag; not just a kitbag for your weekend’s exploits, but a must-have badge of honour for any techno aficionado.  It was the first festival I can remember seeing roaming beer vendors too, making their way through day and night venues, bringing that next cold beer to the floor, allowing more time for music.

Elsewhere, Red Bull who (client disclosure alert) we’ve worked with at Sonar since 2011, teamed up with the organisers early on to become stage curator, using the event as a showcase for its international new talent platform Red Bull Music Academy (RBMA).  Far from a badging exercise, RBMA soon became a mainstay of the Sonar daytime programme in the noughties, with the festival providing the perfect temporary home from which to celebrate the Academy’s annual crop of graduates. With radio broadcasts sharing the sounds from astroturf with the wider world, to festival debuts and the odd special guest, RBMA’s “SonarDome” stage has become a barometer of all things underground.

Much like RBMA, which celebrates its 20th year this year, Sonar has seen it’s coming of age coincide with the mainstreamification of dance music culture.  The swelling of Barcelona’s “OFF” programme – a series of unaffiliated spin-off events, opportunistically coinciding with Sonar, perhaps demonstrates this best.   Tens of thousands of rave tourists flock to the city during the festival, often without any intention of engaging with it (or perhaps blissfully unaware of the distinction).  Rather than veer from the underground path to lure the Easyjet masses, RBMA and Sonar have both used recent global interest in the scene, to galvanise their positions within it; providing platforms to support and celebrate the electronic avant garde.

The location for the day programme may have moved from it’s Gothic Quarter sweet spot, to the more grandiose Fira exhibition space, but Sonar’s underground spirit couldn’t be more intact as it marks its 25th year this week.  A year off (Sonar) for me this year, but raising a plastic cup of cold beer to the next 25.

Catch up on what you missed at Red Bull Radio